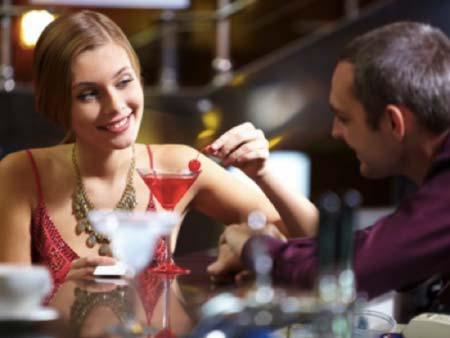 Posted by Camille in Dating Advice

Dating Single Parents: Are you better off with a single parent dating site?

This entirely depends on what you’re using the site for. If you’re looking for older women to hook up with then you’re definitely better off using a hookup site instead of a single parent dating site. If you’re looking for hookups and no strings attached sex in general then you’re still better off with a hook up site. Generally there will be a much more solid user base and excellent search options which will allow you to find the cougar of your dreams rather than scouring a dating site geared toward single parents exclusively. That has to do in large part with the fact that single parent online dating is for single parents to meet one another and rebuild their lives together. In other words, it’s for single dads to meet single mums, not for horny young bachelors to hook up with MILFs.

Single dads have it tough. Not only do they custody hearings, alimony, and child support payments, but they also have 9 to 5 jobs to deal with, children to take care of, and the necessities of daily living to take care of. So getting out for social events can be quite draining and barely practical. Single mums have it just as bad. They usually end up with primary custody of the children, work themselves, and have rent, bills, and the added pressure of feeding and buying clothes for their children. In other words, they don’t have a lot of time for casual hook ups with the kids around and they’re looking for something with a bit more stability like a serious relationship that may lead to marriage or a domestic partnership.

Single dads looking to meet single moms need to budget their time wisely, and so do the single moms. That’s why single parent dating online is an ideal service for them whereas most other people would prefer a casual dating hookup site or just a regular dating site. So if you’re a single parent looking to meet other single parents then your best bet is to find a dating that is geared specifically for single parents. They understand your schedule and obligations and are looking for someone who is in roughly the same position they are.

However, if you’re a single mom who has some extra time on her hands and she’s looking for a little kinky no strings attached fun, then you’re definitely better off with a hook up site. While there are some hookup sites which cater specifically to cubs and cougar dating, you would be well advised to do your research on them before turning over any of your money. The issue here is that the internet dating community has been recently infiltrated by a number of scammers. They set up pages which for all intents and purposes appear to be legitimate dating sites on the surface, but are actually not. I’ve heard horror stories recently about men and women both being scammed out of money by services which claimed to be one thing but were actually something completely different. In some instances these sites were nothing more than phishing portals attempting to steal credit card information and then sell it on the dark web.

One of the best ways you can protect yourself is by using prepaid credit cards or paypal to do any and all transactions on the web. Prepaid cards cannot be mined for cash indefinitely. Once you’re paid up there’s nothing left on the card to steal and if you are scammed the only money you’ve lost is the money paid to the card. Paypal is also an excellent option. Paypal offers all kinds of buyer protect which allow you to pull out and cancel deals that are not what you paid for. So paypal is basically your best option for online transactions. If a site does not accept paypal, you know right away there’s a problem there.

Learn how to detect dating scams

How To Salvage Your Marriage After An Affair